Home/Article, Featured, Life/FaceApp: Risks of using it in 2022
Previous Next

FaceApp is an application that was launched in 2014, but it took people a good 3 years to finally recognize it. That is why it was only in 2017 that many discovered the face altering application.

What caused this sudden mobile application recognition we have no idea, all we saw were people all over the web using and abusing the app.

FaceApp, despite being released sometime last year. FaceApp has recently made some massive trends on the internet.

The application has caught the internet by storm with people having chances to witness what the younger and the older version of them look like.

FaceApp simply uses the pictures from your phone and within a few minutes, you will be experiencing the fun that comes with the application.

It is not ordinary persons who are amused by this facial recognition application.

Celebrities all over the world have also joined the FaceApp campaign. 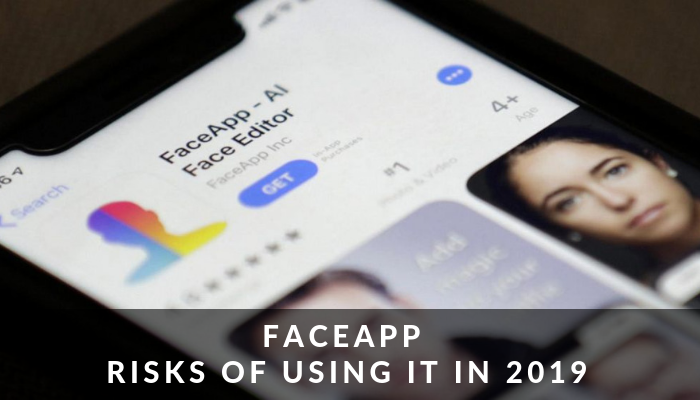 What’s so Special about FaceApp?

One of the best features of the app is the ageing feature. It allows the user to create a face of their future and it also reduces a few years for users as well.

That was when we knew that the app had rocked the internet as we saw all our favourite celebrities look a whole lot older than they already were.

So, what are these so-called dangers of using FaceAPP?

Like any other man-made mobile application, it will not be perfect. That is why it came with some dangers of using it.

Even the best online casino applications have a few security features to make sure their users are safe. But with FaceApp this was not so.

That being said, below, we shall look at some of the dangers associated with using the Application Privacy issues

FaceApp like most mobile applications requires certain security measures. This would not be a danger but the problem is where does all the information go. And to add to that, we are moving to an age where facial recognition will be the next security feature.

Racism on the mobile application

FaceApp comes with a series of filters. Which was not the problem until people were using them to get lighter. And this sparked up a roar on the net as to why we had to be lighter to be considered beautiful or handsome.

Another danger was the level of transformation that came with using the app. For many, the changes didn’t sit well with them.

Nothing lasts forever that much we know. And that was another of the dangers that came with using FaceApp. This is as it was not clear what would happen when and if the company dissolved.

David Shipley a Cybersecurity expert has issued a warning to FaceApp users.

He highlighted that these fun applications can come with a lot of consequences and they pose a real security threat to individuals.

Shipley lamented that as much as these applications can be available for free the real value or the profits are the few details you provide upon downloading FaceApp.

David in his statement said that a single picture of you can cause a lot of damage and it can be used to unlock your personal details on your mobile phone.

“It can be used to identify you and unlock things like your smartphone or other things and you want to make sure you protect your identity.”

Shipley even went on further to say that some online hackers will go to a level that they will end up hacking your personal information using FaceApp.

“We have seen hacks in the last two years of Android phones that use facial ID, that if someone can get enough of photos of your face and actually 3D print ahead and unlock your phone. He went on to say that the best way to ensure your data is to check the user agreement before downloading these kinds of applications. 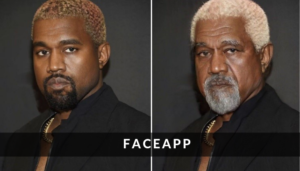 FaceApp A Massive Threat to Cybersecurity

The Cybersecurity expert also warns of other notorious activities hackers can do that includes selling your search history and your location to other companies for real money.

“A lot of companies trade data, almost like trading baseball cards like kids and because they can sell it they didn’t violate the spirit or terms of your agreement, but it certainly wasn’t what a lot of people thought  was going to happen with their data.”

Above all, issues like this can cause a lot of serious damage in the future and people need to be well informed of the consequences.

David Shipley issued a serious warning regarding this matter and mobile users need to be aware of the problems that can be caused by mobile applications.

Why FaceApp is Dangerous?

5 reasons why you should not use FaceApp

FaceApp which has become popular among people across all social media platforms reminds one of Prisma, an app which was popular several years ago.

Facebook scandals have made people realize how much information we give away when we use social media apps. We should be careful about what we post online.

The user grants FaceApp a perpetual, irreversible, non-exclusive, royalty-free, worldwide, fully paid up right to use, reproduce, edit, modify, adapt, and distribute the user’s content as well as the username and likeness.

People are having fun making themselves older by using FaceApp. These apps are changing the perception of what people think is beautiful.

People who have scars, pimples or dark skin aren’t considered beautiful by others. This makes them feel ugly and depressed.

Artificial platforms help these people embrace their flaws and become more confident about themselves.

The app could prove to be an important tool for the cosmetics industry.

It allows people to see how old they appear to others. This could help them decide if they want to change their appearance.

However, this app poses a risk to national security and privacy. Millions of Americans could face serious consequences because of this app.

3. A complete waste of time

People are fascinated by FaceApp. A sudden increase in its usage was registered in the past few weeks.

Some people even find it to “be an utter waste of time and effort”. FaceApp, which was created by Wireless Lab, a firm based in St. Petersburg says on its website that has more than 80 million active users.

US Senate Minority Leader Chuck Schumer has asked the FBI and the Federal Trade Commission to investigate FaceApp for national security and privacy concerns.

The app, which debuted in 2017, made news in 2018 when it deleted its “ethnicity filters” after users called them racist.

FaceApp is a popular photo-editing app that allows people to edit photos using AI technology. It was created by Yaroslav Goncharov who lives in St. Petersburg, Russia.
He claims that he developed the app because he wanted to make people happy.
However, some people think that this application could be used by bad guys to spy on Americans.

Ever considered how you can personalise your business card printing with your photo downloaded from FaceApp? Talk to us today and find out how we can make that happen today!

About the Author: speMEDIA

Page load link
Need Help? Chat with us
Start a Conversation
Hi! Click one of our member below to chat on Whatsapp
The team typically replies in a few minutes.
Client Care
speMEDIA Support
Go to Top